The violent, trigger-happy policeman is a recurring actor in media accounts of mentally ill people meeting their doom on the streets, in their homes, and in jail. In NO ONE CARES ABOUT CRAZY PEOPLE, and on my blog, I myself have offered several accounts of unarmed victims of psychosis being gunned down by poorly trained, sometimes paranoid officers, and of the everlasting grief that descends upon the victims’ families.

The “killer cop” has become a stereotype to many in the mental illness “sub-nation.” All too often, the stereotype is true. Yet it is important that we recognize the unfairness of letting the stereotype stand for universal reality. The link below should be required clicking. It directs us to an essay written by Andy O’Hara, a retired 24-year veteran of the California Highway Patrol. The topic is the high rate of suicide among policemen in this country, and the police culture of silence that discourages these stressed-out men and women from seeking help.

I have retrieved this essay from the website of the excellent Marshall Foundation, a leading source of journalism about the criminal justice system.

More cops die of suicide than die of
shootings and traffic accidents combined.

RICHLAND COUNTY SHERIFF’S deputy Derek Fish was just 28 and had only been on the job six years when he committed suicide. According to reports, Fish was coming off a routine shift. He returned his cruiser to the lot at his station and there, at the lot, he shot himself with his service revolver. Fish was, according to his colleagues, an outstanding officer who had recently been promoted. His was the third suicide in his department since 2001.

Solitary confinement is the monster that lives in our nation’s basement. 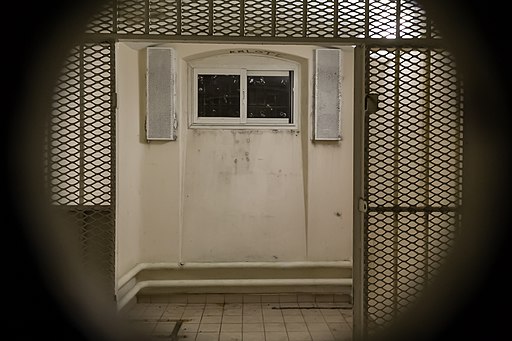 Solitary confinement must be abolished in this country. Not “limited.” Not “scaled back.” Not “reviewed” or “studied.” Abolished. Dragged out of the basement and exterminated. Prohibited by federal law as cruel and unusual punishment. Crueler, if not more “unusual,” than waterboarding, which is brutish and unproductive, but brief, and usually without lasting destruction to the psyche.

Solitary confinement must be wiped out because of its very purity: it is the purest most unadulterated method of infesting a human brain with loneliness, then despair, then desperation, and finally with head-banging madness that the world has ever seen. Solitary confinement is a demon that feeds on human souls.

As it feeds, here is some of the residue that it leaves behind, to fester: Paranoia. Stupor. Amnesia. Hallucinations; imaginary shapes and voices. Rage. Suicidal impulses. (Half of all jail and prison suicides are committed in solitary or soon after release, though solitary inmates make up only 5 percent of these populations.)

Let’s pause here for a disquisition on what we mean when we say “solitary confinement”: small concrete cell, maybe 7 by 10 feet. Small bed and toilet or hole in floor for urination and defecation. Steel door with slot for sliding food in. Darkness.

If the public and its political leaders ignore this monster in the basement (or buffoonishly shrug it off  https://www.nytimes.com/2016/12/12/opinion/chris-christies-defense-of-solitary-confinement.html and https://www.themarshallproject.org/2016/12/14/what-chris-christie-got-wrong-about-solitary-confinement#.HFGlWqlkR it isn’t because it’s a secret. Google “mental illness solitary confinement” and six hundred twenty-five thousand hits come up. They include thousands of studies, professional and academic, that overwhelmingly condemn the practice as a form of torture; as devastating to the brain; as falling below international standards of incarceration; unconstitutional; as an affront to decency.

The hits include newspaper and magazine journalism as well; and, occasionally, television. The most dignified journals sometimes season their reportage with language that would make an old-time yellow journalism copy editor blush. Here is the August British journal, The Guardian:

“After her son tore off his penis with his bare hands in his cell, Gemma Pena thought Florida’s prison authorities might see his illness,” began one such story, in the August Manchester Guardian. “They’d see he needed a hospital, instead of solitary confinement. The article continued:

“‘No,’ she said. ‘That’s when the nightmare really started.’

“As her son Kristopher has moved through Florida’s prison system; so has Pena, relocating around the state to stay close to him. Now she lives in a tiny one-room apartment in a run-down Miami neighborhood. There’s a bed, a small table, two chairs, and a little window. She keeps the door locked. She lives in a solitary confinement of her own.”

You may read the entire article via this link:

The New York Times has returned time and again to attacking the abhorrent practice with probing news stories and editorial commentary. Here are links to Times pieces in recent months and years:

A sampling of other journalism on the topic barely scratches the surface. In July 26, 2006, Laura Sullivan of National Public Radio produced a valuable timeline: http://www.npr.org/templates/story/story.php?storyId=5579901

In 2009, the respected advocacy journalist Brooke Shelby Biggs, writing in the progressive bi-monthly Mother Jones, offered a social history of American solitary confinement. Her consummately researched essay should be reviewed by anyone interested in the subject.

Biggs reminded us, for instance, of the fact that “solitary” is not some primitive artifact of 14th-century “Bedlam Asylum.” It is a fairly recent demonstration of the law of unintended consequences, wrought by the most pacifistic religious order in the Western World. In 1790, the Society of Friends (the Quakers) completed work on the Walnut Street Jail in Philadelphia—the first edifice of the modern prison system. The Quakers conceived the newly evolving prison system as a vehicle not only for punishment but for spiritual rehabilitation. Hence “penitentiary,” denoting penitence. Solitary confinement was refined, at Eastern State Penitentiary in Philadelphia, as the highest distillation of the penitent act. It was not long, though, before evidence began to show that these isolated souls, instead of discovering peace through reverence, were going mad.

“Eastern State was a grand failure, and it was closed in 1971, 100
years after the concept of total isolation was abandoned. But what it
revealed about the torturous effects of solitary may have made the
practice attractive to those less concerned with rehabilitation and
more interested in retribution. Solitary in the 20th century became a
purely punitive tool used to break the spirits of inmates considered
disruptive, violent, or disobedient. . .”

And that is more or less where things stand today.

In 2014, Pope Francis described such confinement as a form of torture. By the following year, more than 80,000 inmates, a high percentage of them already mad, were stored in solitary, more than in any other country. The numbers had been rising before that. From 1995 to 2000, the solitary confinement population in America increased by 40 percent.  These figures exclude juveniles, who comprise the most inexcusable of all solitary confinement populations—in jails, mostly, awaiting hearings and trials. Adolescent brains, even “healthy” ones, are in a final stage of development that leaves them vulnerable to disruption, especially that caused by stress. (see NO ONE CARES ABOUT CRAZY PEOPLE, pp. 34-38). If the “right”—that is, the wrong—genetic inheritance is present, this is the age when schizophrenia develops.

Well, then, if solitary is so awful, why do inmates and prisoners keep getting stored away there?

The most rational defense of the practice that I’ve found is protection: the protection of one prisoner from others that want to do harm to him or her. Or to protect other prisoners from one dangerously violent individual.

But what’s that, you say? Dangerously violent individuals deserve what they get? Let’s keep in mind that up to half of some prison populations suffer severe mental illness; that these illnesses are not treated during solitary (nor, too often, out of solitary either), and that this kind of caging deepens and even creates psychosis. Who benefits when such a brain-damaged entity is placed in, and finally allowed out of, this confinement?

And if “protection” is the rationale, why not simply create an additional regulation-sized and lighted cell or two for that purpose?

But “discipline”—and its justifications—are in the eye of the jailer. Which is very bad news for the disciplined. The range of “justifications” is nearly endless, exotic, and often the product of a clueless or sadistic jail official.

Sure, there are “policies.” Good ones, often. In January 2016, President Obama issued executive orders to ban solitary for juveniles in federal prisons, with their total population of some 197,000. Yet our state prisons—1,330,000 inmates strong—and our archipelago of county and local jails—with 630,000 behind bars at any given time, most of these young and unconvicted and awaiting trial—function under no such restrictions.

At these levels, little accountability exists to enforce the “policies” restricting solitary. In that breach, here is a tiny sampling of the reasons sending inmates into “the Box”:

To “teach a lesson.” To punish someone for “talking back.” For “failing to speak English when able.” To separate fighting inmates—seldom minding who was the aggressor. For refusing to attend church services. For trying to translate for another detainee. (These examples are taken from the Introduction to “Hell Is a Very Small Place: Voices from Solitary Confinement, by Jean Casella and James Ridgeway, The New Press, February 2016, https://longreads.com/2016/02/09/a-brief-history-of-solitary-confinement/)

And often, for reasons unexplained: the mother of a young, psychotic inmate in Florida, with whom I have been communicating since last autumn, claims that her son has done stretches in solitary for as long as nine months. What possible offense could merit confinement in “the hole” for nine months? Florida, by the way, boasts—if that is the word—more than 12,000 isolated inmates: one-eighth of the total in America.

Long stretches in the tight darkness such as this one seem impossible to believe—until you learn that that a man named Albert Woodfox, a former Black Panther arrested for robbery in 1969, was released only in 2016, having served more than forty years in solitary. For those keeping score, this is a United States record.

I suspect a further reason, a reason that underlies the absurdist reasons listed above. I suspect it even though I find little empirical evidence to back me up. I suspect that wardens and guards throw prisoners into solitary out of fear. The same kind of fear that slave owners once harbored toward their slaves. And stemming from the same reasons.

Solitary confinement, in other words, is used to fight fear with fear.

Solitary confinement is the monster that lives in our nation’s basement.

In my next blog post, I will discuss what I believe is the only hope for exterminating the monster.

Click here to order a copy of No One Cares About Crazy People.